Can eating or drinking ginger powder help me lose weight? Medical literature shows that ginger can work with a healthy diet and exercise to help you reach a healthy weight. When weight loss is the goal, ginger is usually used with other ingredients.

Let us discuss how to use ginger and drink ginger powder to lose weight, and its influence on weight loss.

This passage is going to talk about the followings of ginger powder:

1.The theoretical basis of drinking ginger powder to lose weight

3.Precautions and side effects

1.The theoretical basis of drinking ginger powder to lose weight

Ginger is a flowering plant that originated in Southeast Asia. It is one of the healthiest (and most delicious) spices on the planet.

According to research on humans and animals, ginger may play a role in weight loss.

The 2019 literature review concluded that ginger supplementation can significantly reduce the weight, waist-to-hip ratio and hip ratio of overweight or obese patients.

The literature review on functional foods in 2019 also concluded that ginger has a very positive effect on obesity and weight loss. However, further research is needed.

In animal studies, there is more evidence to support the role of ginger in preventing obesity. Rats and mice that consumed ginger water or ginger extract continued to lose weight, even when they also received a high-fat diet.

Ginger's ability to affect weight loss may be related to certain mechanisms, such as its potential to help increase the number of calories burned or reduce inflammation. 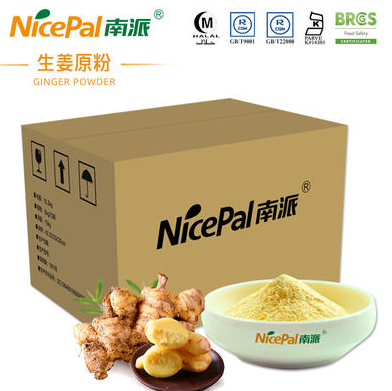 How to use ginger powder to lose weight? You can sprinkle some ginger powder on the food. But don't put too much. Eating a tablespoon of ginger powder may cause indigestion, and its taste will become too strong.

People can try mixing ginger powder and lemon with green tea, or use apple cider vinegar, olive oil and grated fresh ginger as a spicy seasoning.

It is also worth noting that the amount of ginger in ginger tea may be much less than the amount used in the study cited here.

It is not recommended to drink ginger beer or ginger beer to lose weight. These beverages usually contain a lot of sugar.

However, drinking without sugar or making ginger powder, porcini or kefir may be beneficial. These drinks contain natural probiotics.

3.Precautions and side effects

According to a 2017 review, taking 500-1,000 mg of ginger daily can cause adverse reactions, which are rare. The main side effect seems to be gastrointestinal discomfort. The daily dose of ginger for pregnant women should not exceed 1 gram, and the daily dose for ordinary citizens should not exceed 4 grams. Using ginger as a powder may cause heartburn in some people. In this case, people may prefer to take capsule ginger tablets. Ginger may also increase the risk of bleeding, so people should stop taking ginger 1-2 weeks before planning any surgery. People who take blood thinning drugs (such as warfarin or aspirin) should consult their doctor before taking ginger. There is limited evidence that ginger may interfere with certain medications by increasing gastric acid production. People taking antacids, H2 antagonists and proton pump inhibitors should consult a doctor before taking ginger.

Some people are allergic or sensitive to the ginger family plant to which ginger belongs. These people may experience symptoms such as dermatitis when using ginger. 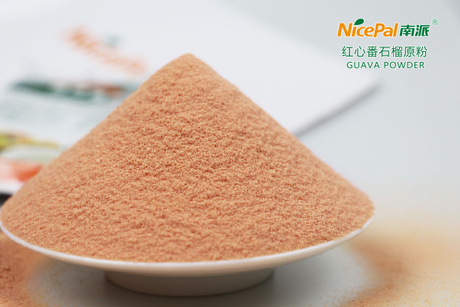 Guava is rich in nutrients and the content of vitamin C is extremely high. In addition to fresh fruit, but also processed into fruit juice, concentrated juice,fruit powder, jam, concentrated pulp, jelly and so on. Nicepal Red Guava Powder is selected from Hainan fresh red guava as raw material, made by the world's most advanced spray-drying technology and processing. Red Guava powder effectively maintain the natural nutrients and aroma of fruit. Instantly dissolved, easy to use.
→ 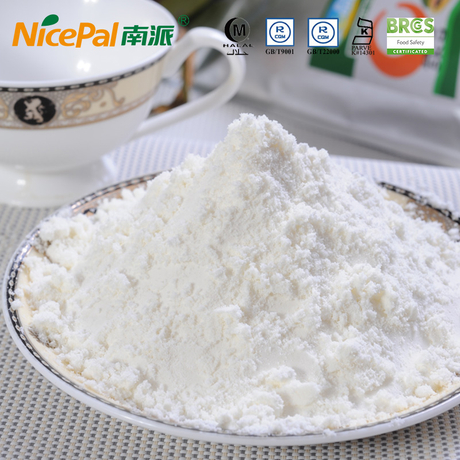 Coconut is the symbol of Hainan, and coconut milk has reputation of plant milk. Nicepal Coconut Powder is selected from Hainan fresh coconut, made by the world's most advanced spray-drying technology and processing, which keeps its nutrition and aroma of fresh coconut well. Instantly dissolved, easy to use.
→

Coconut is the symbol of Hainan, and coconut milk has reputation of plant milk. Nicepal Coconut Powder is selected from Hainan fresh coconut, made by the world's most advanced spray-drying technology and processing, which keeps its nutrition and aroma of fresh coconut well. Instantly dissolved, easy to use.